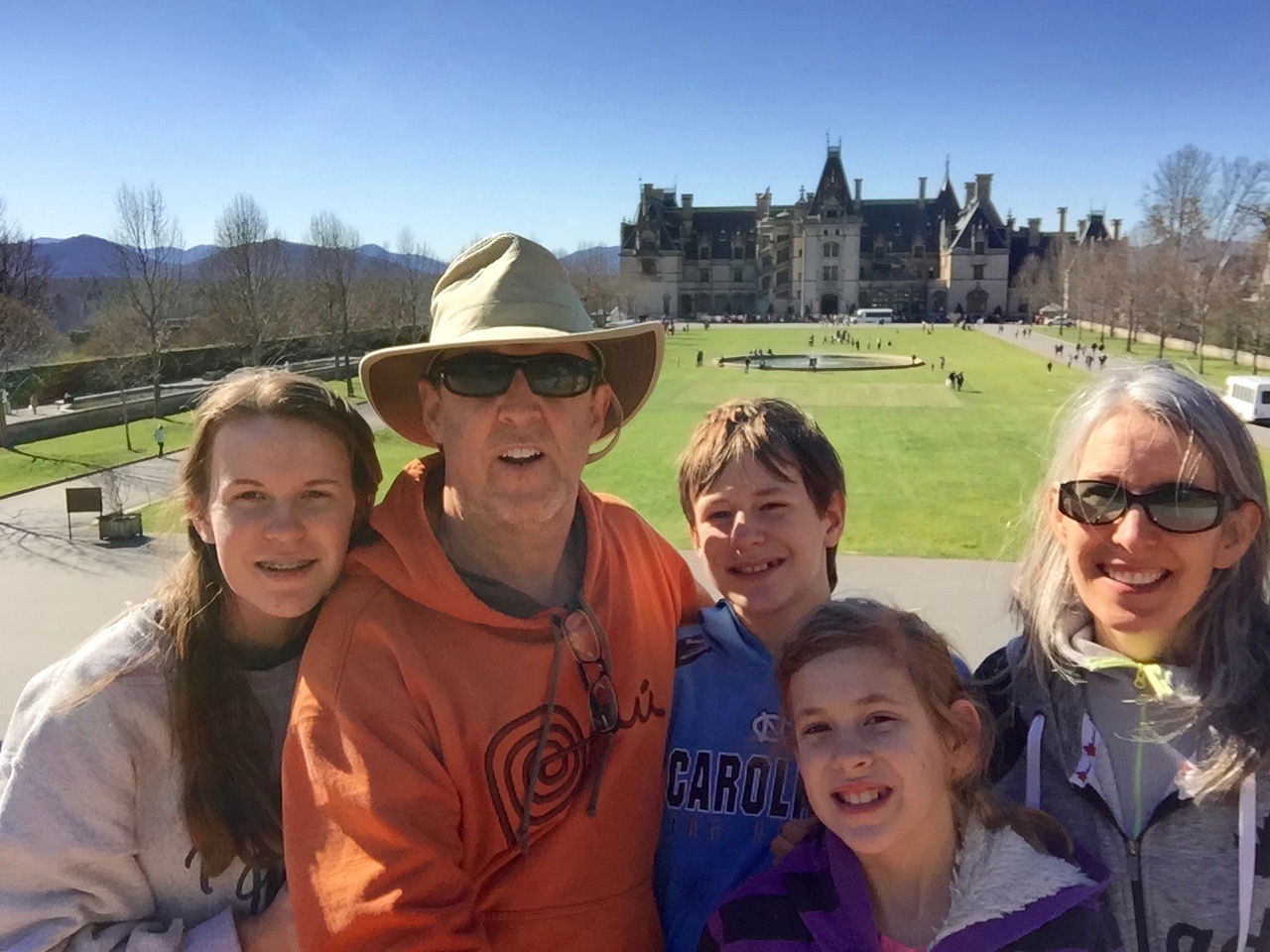 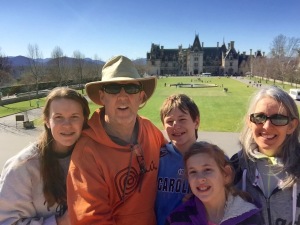 I didn’t realize we hadn’t been to the Biltmore house in over two years. Because of how much my family and I have been traveling lately, Mom and Dad gave up the seasonal passes we once took advantage of. There was a time when you could find us at Biltmore once or twice a season. Because of this, my siblings and I were convinced that we could recreate the house in Minecraft from memory (that is until we toured the house (again) with this thought in mind). 😂 😂 Thanks to passes given to us by a former neighbor, we were able to visit once more.

The drive to Biltmore (which I completed) was one hour to our traditional Zaxby’s lunch stop and 50 minutes from there to our parking spot in Deer Park. It was not as hard as I expected. Dad introduced me to Cruise Control which is pretty much the coolest feature ever. My stiffening legs were very grateful.

We walked through the house in which costumes from movie adaptations of books George Vanderbilt (the founder of Biltmore) read were being displayed, like a few that have been worn by Keira Knightley and Robert Downey Jr. themselves. How cool is that? Let me just say, a lot of actors are a whole lot shorter than they appear to be in their movies. 😂 😂

Dad drove from Deer Park to the Gardens parking (where we waited for Mom to find a tree) and from there to Antler Village. Sometime during this journey, a squirrel dashed across the road and Dad (being Dad) announced the creature’s presence before pretending to run over it. Ansa, a lover of all things, screamed in protest. “Don’t you dare destroy God’s beautiful creation!” She declared.

We all laughed along with Dad who exclaimed. “She drew the God card on us!” Oh, my. 😂 😂

It was in Antler Village that we came across the most prominent change of all: a new hotel. It is huge and so has changed the face of Antler Village, which is what caused us to feel very disorientated. On top of the that, the winery is being wholly rethought (part of it already has been). Of course, this made Ansa, who dislikes change and loves tradition, very displeased. I personally fancy how they’re redoing the winery. It looks very modern. However, I do not like how the new hotel butts up against Antler Village. I feel like it takes away from the outdoorsy theme, making the area look more like a little city rather than an organic, environment-friendly village. Oh, well.

After playing several rounds of bingo, my family and I left the Antler Village parking lot at 8:05 PM. I drove for a straight hour and 30 minutes until I reached our garage. Exhausted from this much needed (according to Dad) escape from the house, everyone headed straight for bed. Thank you, Mrs. Amy, for the opportunity to visit this familiar, but different place!