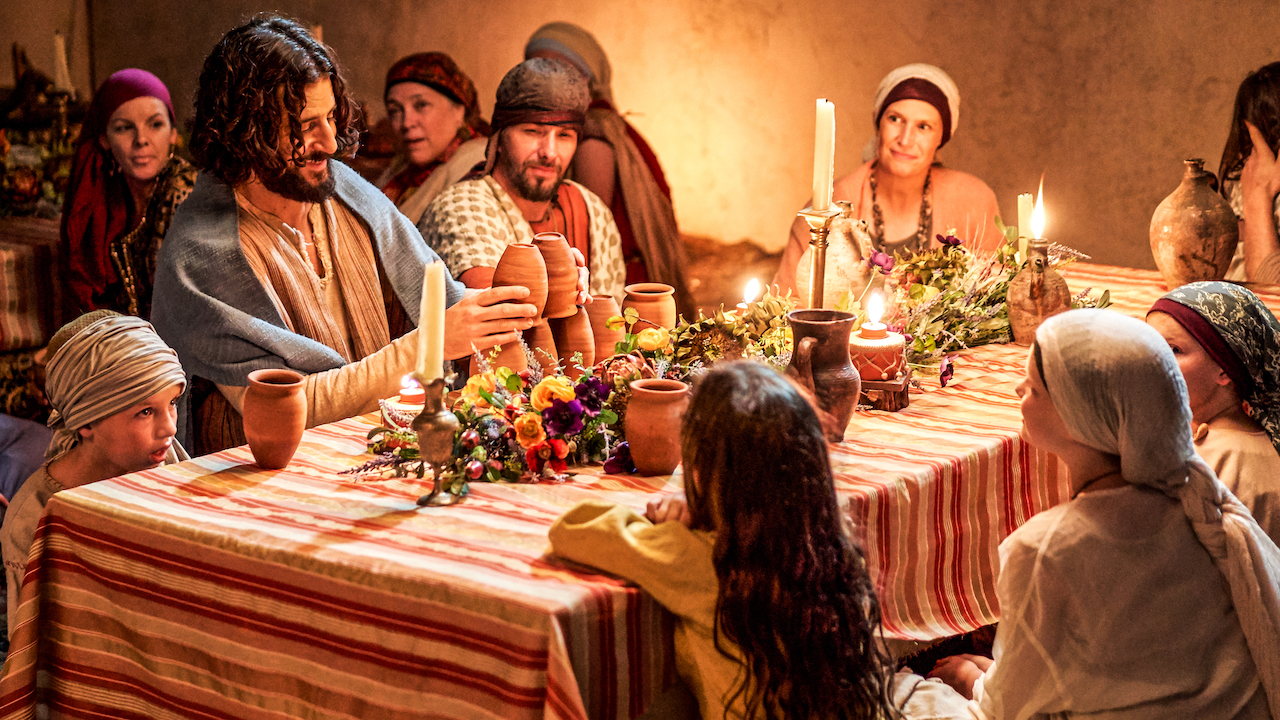 As believers, it is necessary that we take time every day to dial back and focus on what’s essential. How do you connect with God on a daily basis? There are lots of great, biblically grounded resources out there from music to podcasts to devotionals, but hardly any TV shows.

According to an American time use survey done by the U.S. Bureau of Labor Statistics, 95% of those aged 15 and over spend an average of 2.8 hours a day watching television, but the majority of the time, what we’re watching is not drawing us closer to Christ. We’re attracted by the culture’s ability to tell stories well and, in part, we’re convinced by the underlying themes they’re trying to promote.

According to Statista, in 2019 there were 532 original scripted television series in the United States but not one multi-season recreation of the Gospel. Part of this is because of what Hollywood does or does not let through their doors, and what they do let through is often not the best for us.

Clinical assistance professor Jessica Kruger and her colleagues found that people who watch TV have more stress, anxiety, and depression. In a way, this is not surprising. Take the phrase “You are what you eat,” for example. This is literally true. Your cells are replaced about every seven years, and your food is what those new cells are made from. Therefore, you are what you eat.

In a similar way, you are what you watch and if what you’re watching is not pointing you to Christ, you will not be edified. But, to put it plainly, Christian cinematic content is just not as good as the cultures. Many Jesus projects come across as stiff, formal, or cheesy. Most of us would sooner reach for a Marvel or Disney movie rather than one produced by Christians.

As believers embodying the creativity of God, we should be the most creative artists in the world, but oftentimes, we aren’t.

We need something new, and a new thing is what has come about in the world today.

You should support The Chosen.

The Chosen is a high-quality, biblically-grounded TV show and the first-ever multi-season show about the life of Christ.  The first season was released in 2019 and scored 100% on Rotten Tomatoes and 9.6/10 on IMDb.

The series shows the humanity behind the Bible stories we know so well. For example: because we’re (1) made in the image of God, (2) Jesus became 100% human, and (3) we have a sense of humor, Jesus must have had a sense of humor. While we don’t see this in the gospels, The Chosen portrays Jesus with a sense of humor, giving Him a  personality we can relate to without diminishing His deity.

The Chosen also shows Jesus dressing wounds he undoubtedly received from his carpentry work and develops the broken backstories of those He called to follow Him. Co-writer and director Dallas Jenkins envisions that, if we can see Jesus through the eyes of those who met Him, then we can see Him as we should.

For those of us who know the gospel stories like the back of our hands, The Chosen still moves you to the edge of your seat in excited anticipation because key factors are not blatantly stated. While watching season one, my detective cap came on as I tried to piece together details I was catching. Rouge in the wilderness? That must be a reference to John the Baptist! Did he just call him Matthew? That must be Matthew the tax collector! This centurion’s been appearing a lot. He must be the centurion at the cross who came to recognize Jesus as the Son of God!

The Chosen takes us back to a time when no one knew Bible stories that are so familiar to us today.  When Jesus joins Mary Magdalene’s Shabbat dinner she says, “I’m sorry, I don’t actually know your name.” To Jesus. She said that to Jesus, which makes perfect sense, right? Before Jesus began His ministry, no one knew who He was.

It’s hard to comprehend a time when the people of the Bible would not have been recognized, yet The Chosen allows us to see that world. You won’t find most of the show’s details in your Bible but, because of how closely acquainted the cast and crew are with Jewish traditions and what we know about the lives and characteristics of the disciples, we’re able to see backstories that very well could be right in line with the real ones.

For example, we know that Jesus healed Simon Peter’s mother-in-law, so Simon must have had a wife, right? Not many people skip getting a wife and just ask for a mother-in-law. While Mrs. Simon-Peter is not present in Scripture, The Chosen develops her as one of the primary characters and we get to see the greatest story ever told from the perspective of someone closely related to it.

All of this is possible because The Chosen is being created outside of the Hollywood world and has become the #1 highest crowd-funded project in history with more than $10 million from over 19,000 people.

The Chosen is also a new thing because coming behind it is easier than any other project before it.

The Chosen begins with how the disciples’ lives were before they met Jesus and hopes to take it through Christ’s crucifixion and resurrection. Currently, season three is in production and season two is set to be released this Easter.

The first thing I wanted to do after watching The Chosen was read through the gospels, but this time was different because I could see the accounts before me in full color. After watching The Chosen, I’m no longer skipping over the names of the disciples because I can see each one of them before me. I can see their personality, their characteristics, what they love, what makes them laugh, what ticks them off, what causes them to grieve, the admiration they had for Jesus, and the brokenness that humbled each to follow Him.

This show that delivers the heart of the Gospel is reaching much farther around the globe than one individual could. By supporting The Chosen, Bible characters that are glossed can be fully developed and the life of Christ can be fully recreated in this form that appeals even to teenagers.

On an individual, national, and global level, we desperately need Jesus. The Chosen’s creative endeavors are bringing the Bible to life in a way that is capturing attention like never before and will continue to do so if they are properly financed. You can be a part of this greater cause by watching the show, spreading the word about it, and financially supporting it.